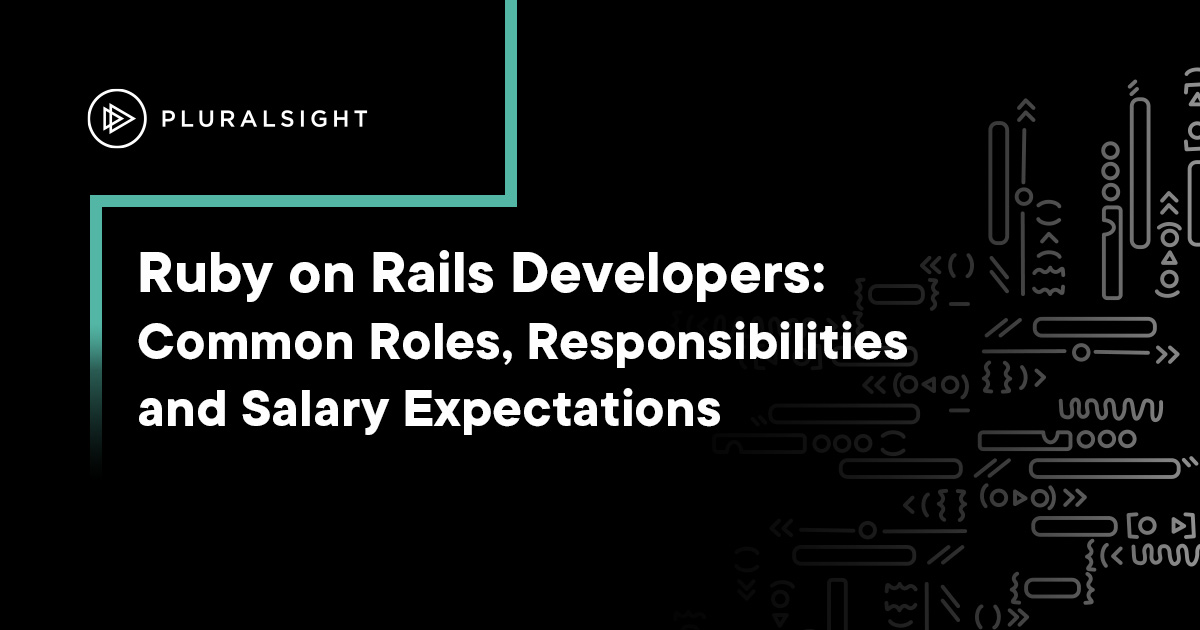 Curious about what Ruby on Rails developers do each day and what it takes (and pays!) to become one? Let's break it down.

Part two of a four-part series about Ruby on Rails.

In the first part of our Ruby on Rails series, we dove into the framework’s origin, its popularity and its benefits for creating scalable web applications and websites. The dynamic and flexible nature of the framework has made it a top choice for organizations of all sizes and industries. These same attributes make Ruby on Rails just as attractive to developers as a potential career path.

Curious about what Ruby on Rails developers do each day and what it takes (and pays!) to become one? Let’s break it down.

Roles and Responsibilities for Ruby on Rails Developers

Ruby on Rails developers use the framework to write server-side web application logic. In other words, these developers build high-performing web applications and websites with Ruby on Rails. What makes the framework such a draw is its ease of use, flexibility, and speed. The end products may take shape as e-commerce sites, websites, intranet sites and content management systems (CMS).

What can Ruby on Rails developers expect as daily responsibilities in their roles? Some common tasks include:

How to Learn Ruby on Rails

So, what does it take to become a Ruby on Rails developer? There are a few different paths you can follow. First, there’s the option of earning a bachelor’s degree in a related field. Some potential degrees of study are Computer Science, Information Science, Software Engineering, and Systems & Network Engineering. Some estimates indicate that as much as 75.4% of Ruby on Rails developers have college degrees.

A coding-related degree can help you build the foundations for your career. However, you’ll still need to learn the actual framework itself. If you don’t have a college degree, don’t fret. You can still gain experience and expertise to start your career in the field. Ultimately, no matter your educational background, you’ll want to find opportunities to learn:

It doesn’t hurt to have experience with other object-oriented programming languages such as Java or Python. You can gain this expertise hands-on through an internship and/or tutorials. At Pluralsight, we have a couple of paths you can follow to level up your skills:

Each of these paths are led by expert authors with years of real-world experience to help you build your skill set.

Let’s dive a little deeper into skills you’ll want to have as a Ruby on Rails developer. They can help you set yourself up for success and apart from the competition.

Ruby and Ruby on Rails

As a Ruby on Rails developer, you’ll work with a database. The framework is database agnostic, but some common databases to know are SQL, MySQL, and PostgreSQL. ActiveRecord will take care of actually composing SQL, but you should be able to analyze and understand database logs.

Given that you’ll likely be working on cross-functional teams, you’ll want to have development life cycle skills. To boost your profile, make sure you have code management, communication, and self-development skills. Code management will help you keep track of and communicate in regards to changes to the code throughout the project.

As for communication skills, you need to express any updates, obstacles, needs, and expectations internally and externally. If you plan on interfacing directly with clients, it’s a good idea to make sure you understand how the project at hand fits into their greater business or organizational goals.

Finally, know you’ll always be learning. Each project is an opportunity to improve your command of Ruby on Rails and development skills in general. Outside of knowledge gained through projects, you can also make a point of watching tutorials, attending workshops, and watching webinars to keep your skills up-to-date.

Top Industries and Companies that Leverage Ruby on Rails

The truth is, any industry or company that needs high-performing web applications and websites can benefit from Ruby on Rails. Many leading brands use the framework, including Shopify, Netflix, AirBnB and Hulu. You can find an example in just about every industry, from ecommerce and entertainment to social media. For a deeper dive into recent Ruby on Rails examples, check out this list of 50 projects.

Now that you have a better idea of career paths, salary expectations, and roles for Ruby on Rails developers, stay tuned for the third installment in our four-part series. We’ll share can’t-miss courses for learning Ruby on Rails.