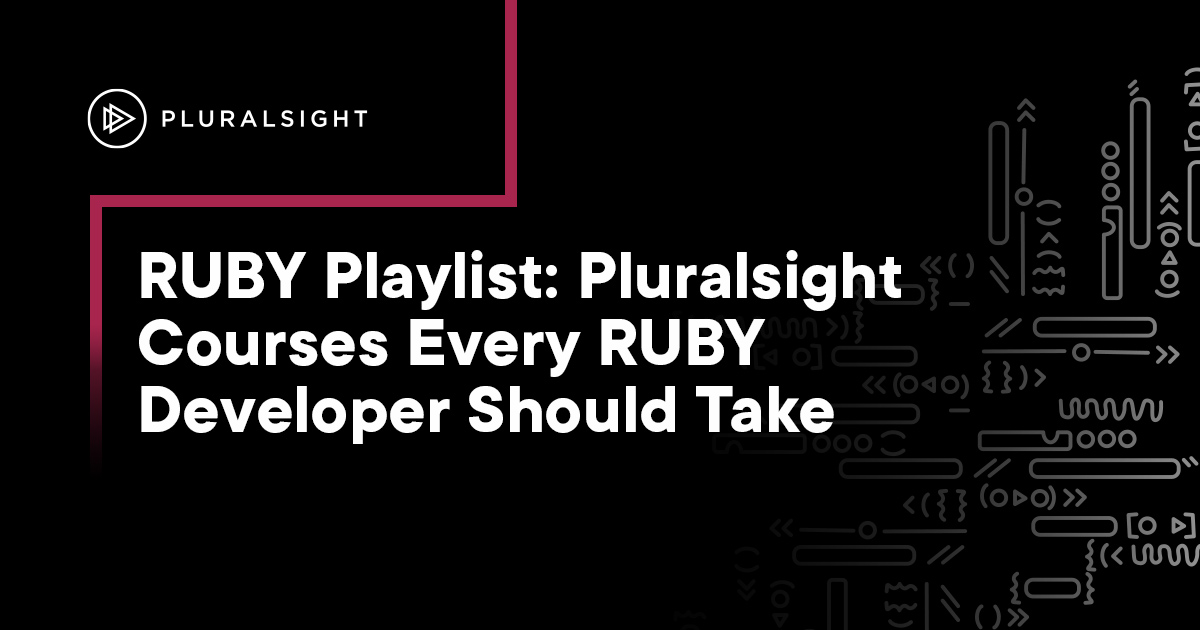 Essential courses and paths for learning Ruby on Rails and getting started on your new career journey.

Part three of a four-part series about Ruby on Rails.

If you’ve been following along with our Ruby on Rails series, you’ve learned what makes the programming language so popular and what to expect as a Ruby developer. In this installment, we’ll show you how to become a Ruby developer through hands-on tutorials. Below, you’ll find essential courses and paths for learning Ruby on Rails and getting started on your new career journey.

Wondering where to begin? The Ruby: Getting Started course is the perfect launching pad for those new to Ruby. You learn the nuts and bolts of the programming language alongside your instructor, Paolo Perrotta. For best results, come to the class with at least some experience writing code and with a knowledge of the fundamentals of programming.

What makes this Ruby on Rails course different from other Ruby beginner classes out there is that it instructs through examples. You won’t just watch someone else code. Instead, you’ll build a foundational knowledge of Ruby by writing and executing code yourself.

The course kicks off with writing Ruby code to solve concrete programming problems and follows up with an overview of how simple constructs (e.g., conditionals and loops) look in Ruby. From there, Paolo will show you how to use common Ruby data types such as arrays and hashes as well as how to deal with programming errors and exceptions. Throughout the course, you’ll be writing a program to perform simple text analysis on the works of William Shakespeare. Once things wrap up, you’ll be ready to dive into deeper Ruby courses and can keep building short programs on your own.

After the 1 hour and 39-minute class, you can expect to walk away with the knowledge on how to:

Ready to get a bit more technical? Head on over to Ruby Language Fundamentals. This learning path includes Ruby: Getting Started but also branches off into more advanced topics such as data iteration and unit testing. You can start from scratch with Ruby: The Big Picture, and then make your way through six more courses to complete the path. Or dive right into Reading and Writing Data with Ruby if you’d like to skip the refresher.

You’ll get a quick introduction to Ruby in just 1 hour and 15 minutes. Led by Paolo Perrotta, this beginner-level course showcases what Ruby looks like and what makes it unique.

You’ll walk away with enough knowledge to determine if Ruby is right for you and set your intention for learning the language.

We’ve already broken down the highlights of this essential Ruby starter course for you, so we’ll continue to keep things short and sweet as you move along into more programming. If you’re not familiar with Ruby and want to build the foundational elements first, this Ruby on Rails tutorial is an absolute must.

3. Reading and Writing Data with Ruby

Once you’ve gotten your feet wet, you can progress onto the intermediate level. In Reading and Writing Data with Ruby, you’ll discover how to read data in various formats from an internal or external source using the Ruby programming language. Instructor Raphael Alampay brings his Ruby expertise to the table so you can learn to represent data programmatically and save it to a file for later use.

Moving along the Ruby Language Fundamentals path, you’ll find Data Iteration with Ruby, an intermediate-level course. You’ll learn to write clear, concise, and adaptable code in Ruby from instructor and software engineer Prateek Parekh. Highlights from the hour-long tutorial include:

Once you’ve established a solid foundation with Ruby, you’ll learn how to share your code across multiple Ruby applications while maintaining and managing it in one place through RubyGems. Rag Dhiman, an instructor, and programmer, will give you a closer look at what RubyGems are, how to package your own code in a RubyGem, and how to publish those Gems internally and externally.

Overall, this path is ideal for those who want an overview of the open-source programming language as well as those who want to master more advanced topics such as object-oriented design, code organization, and testing. The only prerequisites are HTML and CSS.

The Ruby Language Fundamentals path will teach you how to:

If you’re not sure where to begin, you can always take the skillIQ assessment to measure your current knowledge.

3. Ruby Beyond the Basics

If you want to maximize your time and advance your knowledge of Ruby, try Ruby Beyond the Basics. Developer and conference speaker John Cinnamond will break down how Ruby works and give you tools to get into the nitty-gritty aspects of the language. This course comes in at just over two hours and is broken into three accessible sections:

Each section explains how the concepts function individually and comprehensively to unlock the full power of Ruby. To reap the benefits of Ruby Beyond the Basics, you’ll want to have a general understanding and some experience with the language.