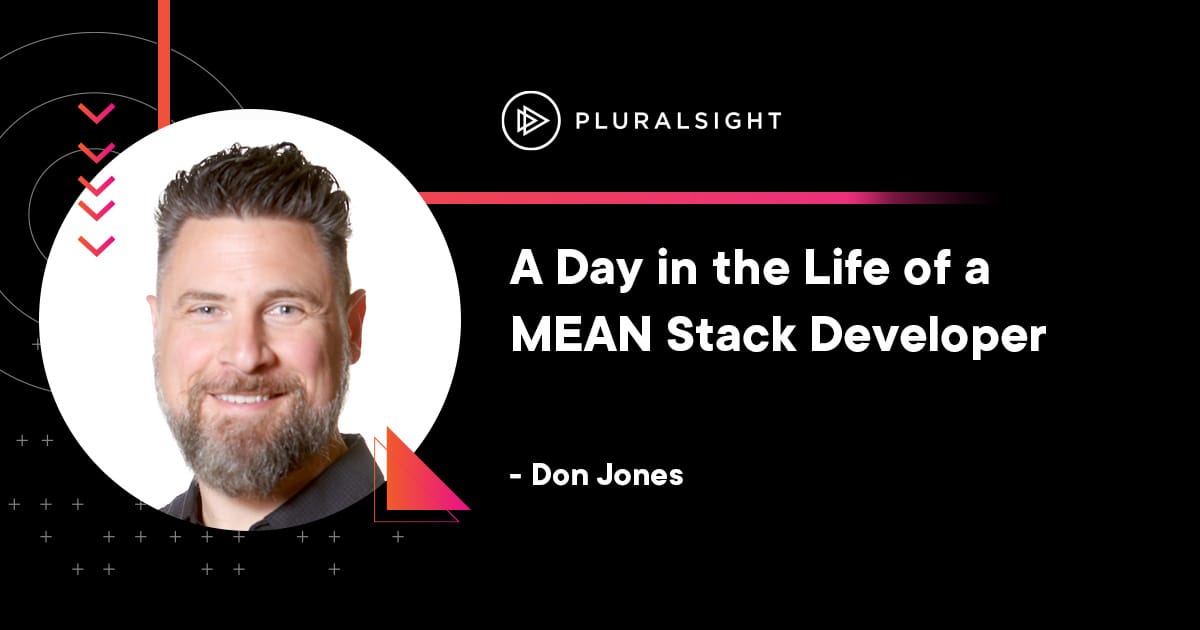 A Day in the Life of a MEAN Stack Developer

Let's dive into what a day in the life of a MEAN Stack developer is really like. We were lucky enough to sit down with Daniel Okyere, a MEAN stack developer based in Ghana.

Part four of a four-part series on MEAN Stack.

Throughout our MEAN Stack series, we’ve discussed what makes the stack unique, common responsibilities for developers, and the best courses to learn the technology yourself. Now let’s dive into what a day in the life of a MEAN Stack developer is really like. We were lucky enough to sit down with Daniel Okyere, a MEAN stack developer based in Ghana. He shares what drew him to a career in development, why he loves MEAN stack, and his recommendations for launching your own career in the field.

How Did You Become a Mean Stack Developer?

My name is Daniel Okyere, and I’m currently located in Ghana, where I work at Enyata Ghana as a backend engineer. I started learning about software development back in junior high school. I’ve always loved computers, and once I went to university, I studied engineering. This is where I was first introduced to Basic C. This got me more interested in tech and I decided to build upon those skills. While learning Basic C, I got to know JavaScript and decided to dive in. That’s when I had the opportunity to join the Google Africa Developer Scholarship and was introduced to MEAN stack development.

What is a Tech Stack and how Does MEAN Stack Help Developers?

Before working with MEAN Stack, I noticed that Angular was very popular and had been around for a while. The MEAN Stack framework has stood the test of time. It gives developers more opportunities and structures things for them so they can build platforms and websites easily.

What’s a Normal Day Like as a MEAN Full Stack Developer?

The developer community in Ghana is in its early stages. It’s still growing, but we have made some significant improvements. As for my typical day, I usually join stand-up meetings in the morning. After that, I plan out my to-do list and tasks for the day. Once I complete them or when I encounter roadblocks, I reach out to my team lead. I typically work from about 9 am to 5 pm. What Advice Would You Give a Future MEAN Stack Developer?

For developers working with stacks like MEAN for the first time, I recommend learning HTML, CSS and JavaScript. This will help build the foundation. Then, they can move on to learn the layers of the MEAN Stack, such as Node.js and then Angular.

If someone is more of a visual learner and wants to see the development in real-time, I would suggest using Angular first, then Node.js and the other layers of the stack.

For someone who is new to development in general, I know I got my opportunity to start learning development from Pluralsight. So, I would recommend signing up and consuming as much information as possible there. Then, you can practice what you learn, build on it, and begin working on your own personal projects.

What’s Next in Your Career?

I’m learning MEAN so I can use it for enterprise projects, build skills and work with teams. Currently, I’m diving deeper into my knowledge of those skills and want to learn other stacks as well. I plan to specialize in MEAN.

How to Become a MEAN Stack Developer

As we learned from Daniel, there are many paths to becoming a MEAN stack developer, and going the self-education route is certainly one of them! Developers experienced with the stack are certainly in high demand. Not only do they know how to leverage a dynamic framework for building highly-quality applications, but they can also work on the front and back end with ease.

If you’re considering a career in MEAN, don’t miss the previous three installments in our series: