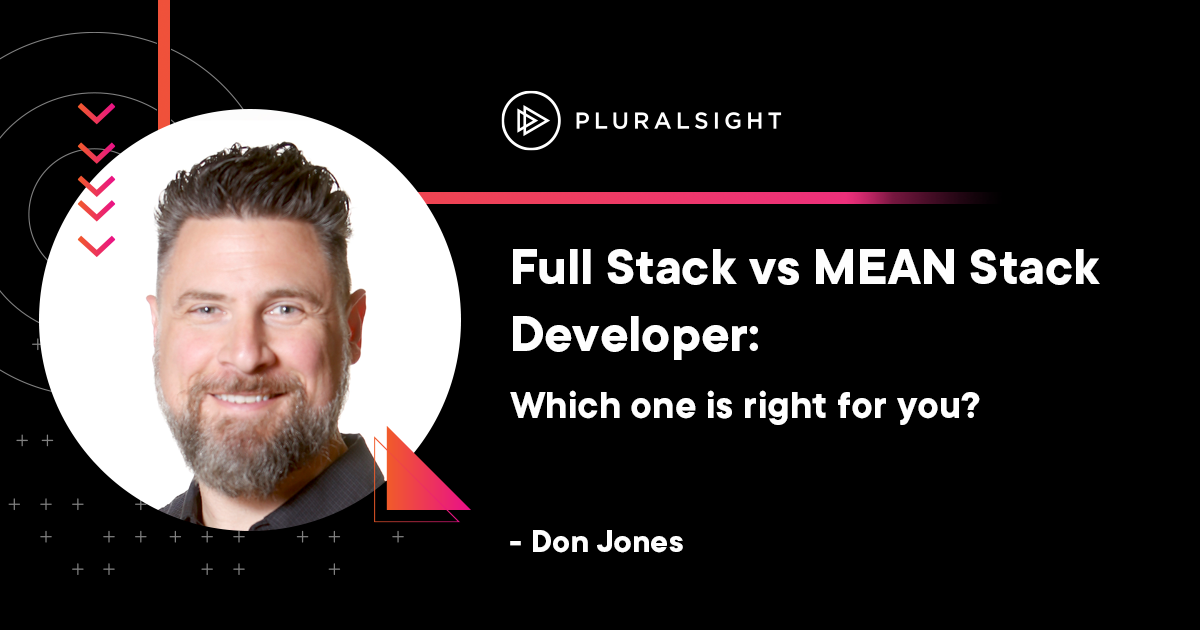 Full vs. MEAN Stack Developer: Which Career is Right for You?

To determine whether MEAN or Full Stack development is right for you, let’s first break down the similarities and differences between the two frameworks.

To determine whether MEAN or Full Stack development is right for you, let’s first break down the similarities and differences between the two frameworks. MEAN is a JavaScript-based framework for developing cloud-hosted web applications. The acronym MEAN stands for each technology comprising a layer in the stack:

Over the last decade, MEAN has grown in popularity due to the flexibility and accessibility of its technology layers. The framework is most commonly used to build dynamic web applications and websites.

The term “full-stack” is used to describe the ability to develop both the front-end and back-end. Unlike MEAN, full-stack doesn’t describe specific technologies. Instead, it’s a capability and often refers to developers who can work on the front and back-end.

Full-stack developers have the skills to develop both the front and back-end and mastery of the languages required for both sides. MEAN developers must be proficient in JavaScript technologies, including MongoDB, Express.js, Angular, and NodeJS

We should note that MEAN stack developers often work on the front and back-end. This is because they use a single programming language (JavaScript) to develop both the client and server-side of an app or website. You won’t typically hear of a MEAN stack developer referred to as a full-stack developer, however.

What can you expect as a MEAN or full-stack developer? While both roles work on the front- and back-end, there are some differences in responsibilities, requirements, and salary expectations.

MEAN Stack Developers use four technologies (MongoDB, ExpressJS, AngularJS, NodeJS) to develop the front and back-end of an application or website. They often perform the following tasks:

MEAN stack developers must have a strong understanding of JavaScript. It is also recommended they have deep experience with each layer of the MEAN stack. It’s beneficial for developers to be familiar with the MEVN stack, which replaces Angular.js for Vue.js, a front-end JavaScript framework. Likewise, it’s helpful for them to understand MERN, where Angular.js is swapped out with React.js. React.js is a front-end JavaScript library.

What can MEAN stack developers expect as far as pay? According to Glassdoor, the national average salary for MEAN Stack Developers is $89,817 per year in the United States. The salary distribution ranges from $66,000 to $122,000 annually.

Full-stack developers build the client and server-side elements of a website or application. They are responsible for developing the front-end architecture of a project and translating mock-ups and wireframes into code. Full-stack developers will typically be asked to do the following on a project:

## The MEAN Stack Advantage for Businesses

There’s no doubt companies are hiring MEAN stack developers. LinkedIn currently has over 87,000 jobs posted for the role in the United States. So, what makes the role so popular? Let’s take a look at some examples of the MEAN stack’s advantages over other frameworks.

First, it’s completely based on JavaScript. That means developers can build an app from start to finish with one programming language. JavaScript is completely free, which is a definite plus.

You can also seamlessly switch between the server and client-side without having to use a third-party standalone server. Instead, the developer can deploy apps directly to the server through Node.js.

The uses of the MEAN stack vary, but the framework is most commonly used to create robust, scalable, and dynamic cloud-based applications. Its code is also isomorphic, meaning code written in one framework can be transferred to another. So, any apps built using MEAN can function on multiple platforms without having to alter the base code. This capability saves businesses time and money while allowing them to expand to multiple platforms.

Studying to become a MEAN stack developer? Don’t miss the next article in the series on essential MEAN stack courses.

Don Jones has been in the IT industry since the mid-1990s, and is the author of more than five dozen technology books. He’s been everything from a network engineer to a web developer, and is currently VP for Developer Skills at Pluralsight.